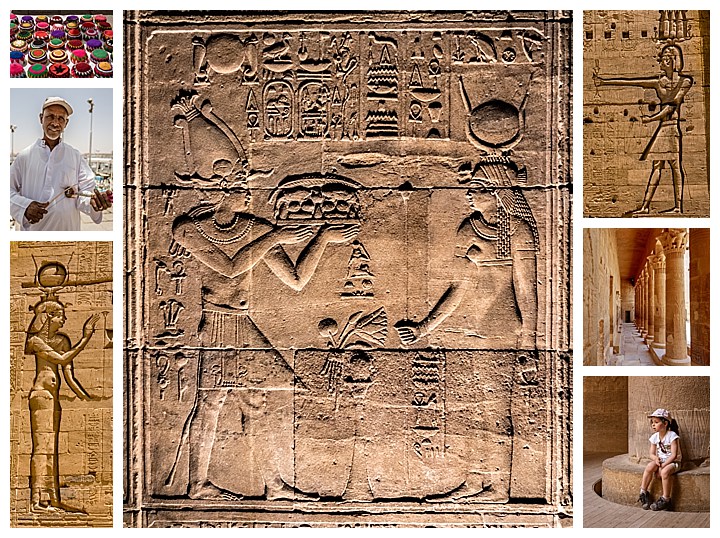 Getting from Israel to Egypt is surprisingly arduous. Because they are neighbors, we naively expected to be able to drive from one to the other. Nope. Had to fly from Tel Aviv to Athens, and then on to Cairo.  Politics once again gets in the way of common sense and creates unnecessary complications for the citizens…

After 10 hours in transit from Tel Aviv to Cairo, we only had 3 hours in a hotel bed before going to the airport for another flight, this one to Aswan.  Because we landed in Aswan so early, the hotel was not ready and we headed off to a full day of touring.

Once in Aswan, we drove to the Aswan High Dam for a quick look at the second largest dam in the world (it was the largest until China built the Three Gorges Dam in 2012).  Then on the road again, this time to catch a boat to the Philae temple.  This is one of the hundreds of temples that was moved in 1964 to save them from being flooded and lost forever under the new lake being formed by the Aswan dam.

This was our first exposure to the Egyptian temples, and it was simply mind-blowing. It was hard to shake the feeling that we were in Disneyland rather than really in the midst of human history dating back as far as 4600 years. The bas relief was so vivid and clear that it looked like a reproduction rather than “the real thing.” 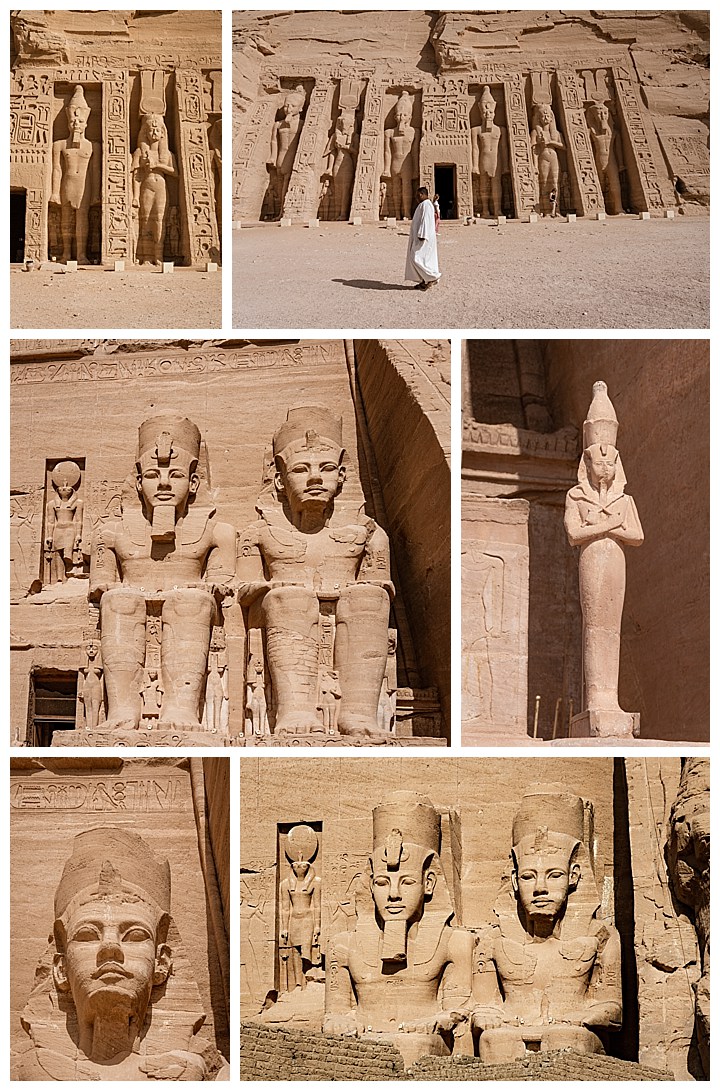 We next went to the Abu Simbel temples, with their massive stone temples carved into the mountainside. This is the largest complex that was moved stone-by-stone from the valley floor to avoid loss from the Aswan dam flooding. The Arab man (upper-right) helps to give some idea of just how massive these statues are. 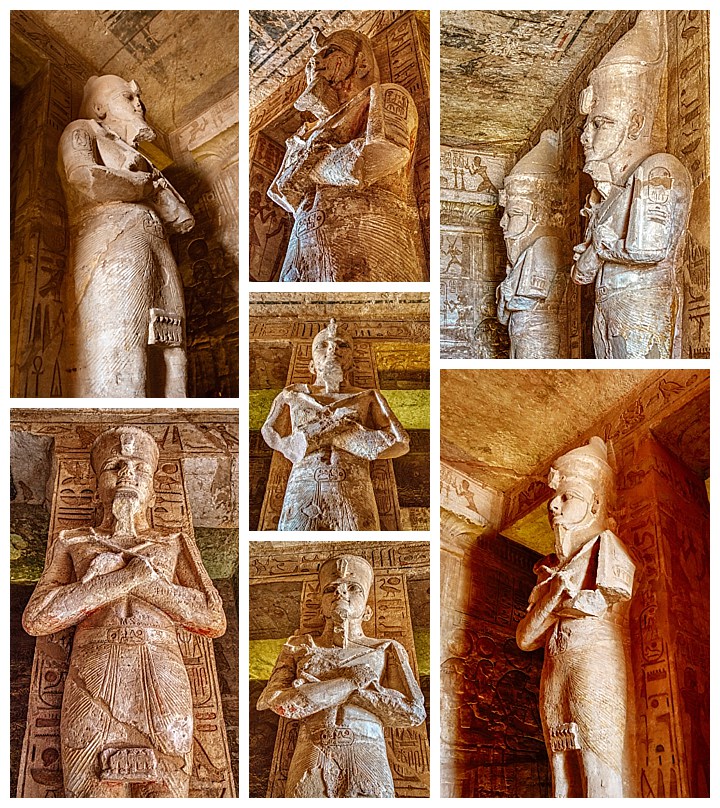 More statues were inside the temples.  These are all over 30 feet (10 meters) tall. 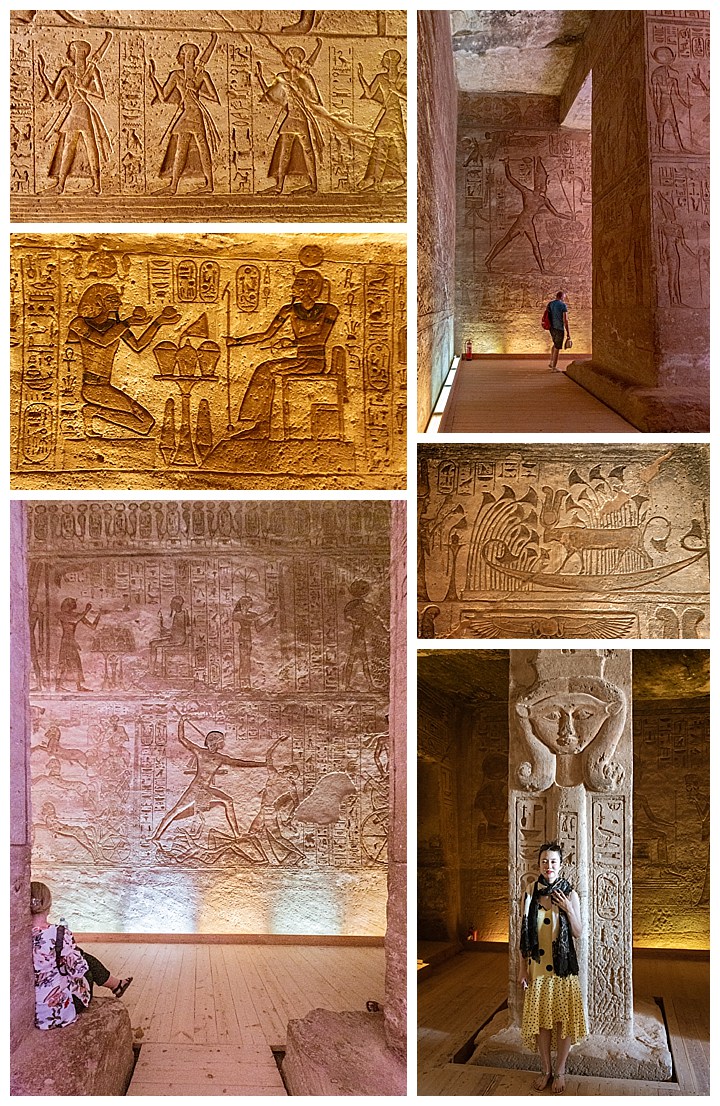 The hieroglyphs inside the temple look like they could have been made in the last decade, as they were clear and mostly free of defacing. This temple was mostly buried in sand by the 6th century, and then lost to memory until the 19th century, when it was discovered in 1813 by a Swiss explorer. Being buried and forgotten saved the temple from the Christians who defaced many temples during the Middle Ages. 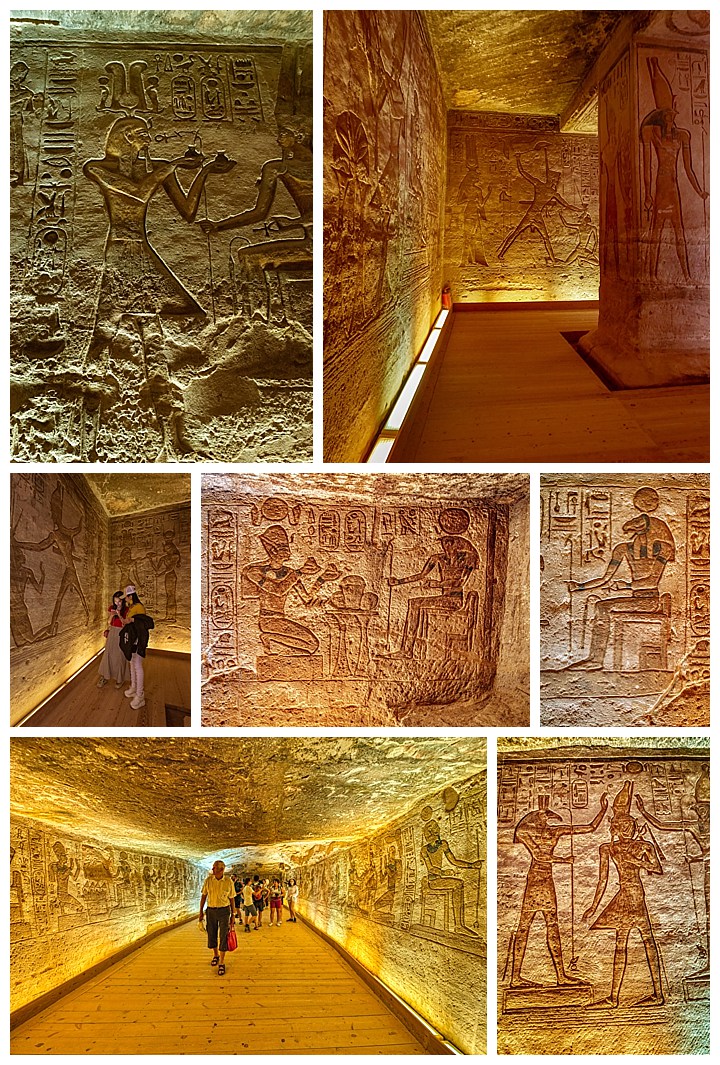 The hieroglyphs in this temple were mostly open and available to touch, unlike many of the later temples we visited. The long chamber in the lower-left image leads to a chamber where a golden statue of Ramses (the god being honored by this particular temple) existed when the temple was being actively used.