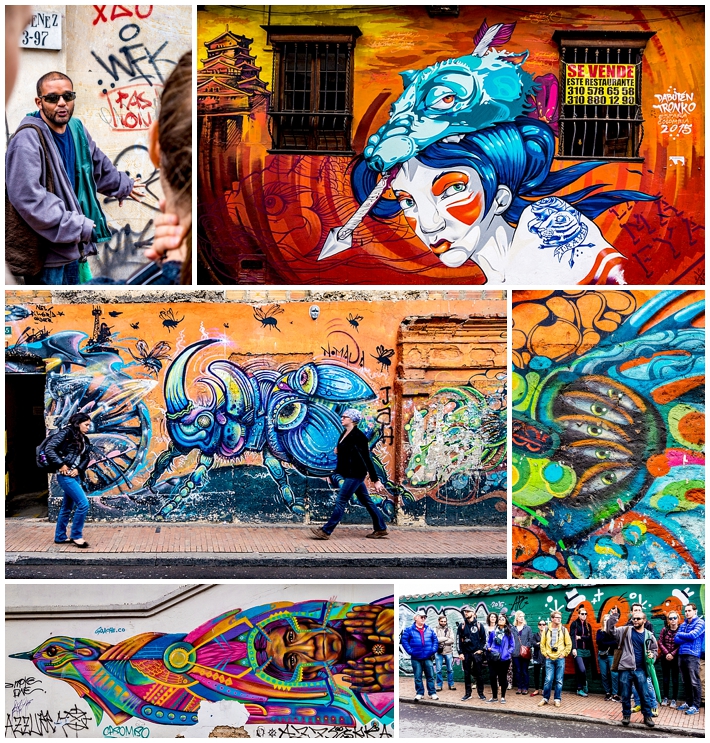 We are just finishing up our four days in Bogatá, Colombia.  It has been common to hear a passerby, or even a taxi yell out his window “Welcome to Colombia!”  It is clear that gringos are wanted here.

The highlight of the city was the three hour Graffiti Tour, a free (supported by tips) walking tour of some of the highlights of street art in La Candelaria.  Cuenca is well known for its elaborate mural graffiti, but it can’t compete with Bogotá in this regard.  Our guide was Jeff, a professional anthropologist that has studied the history of street art.  He told the group of 25 about the various types of murals, as well as the history of them. 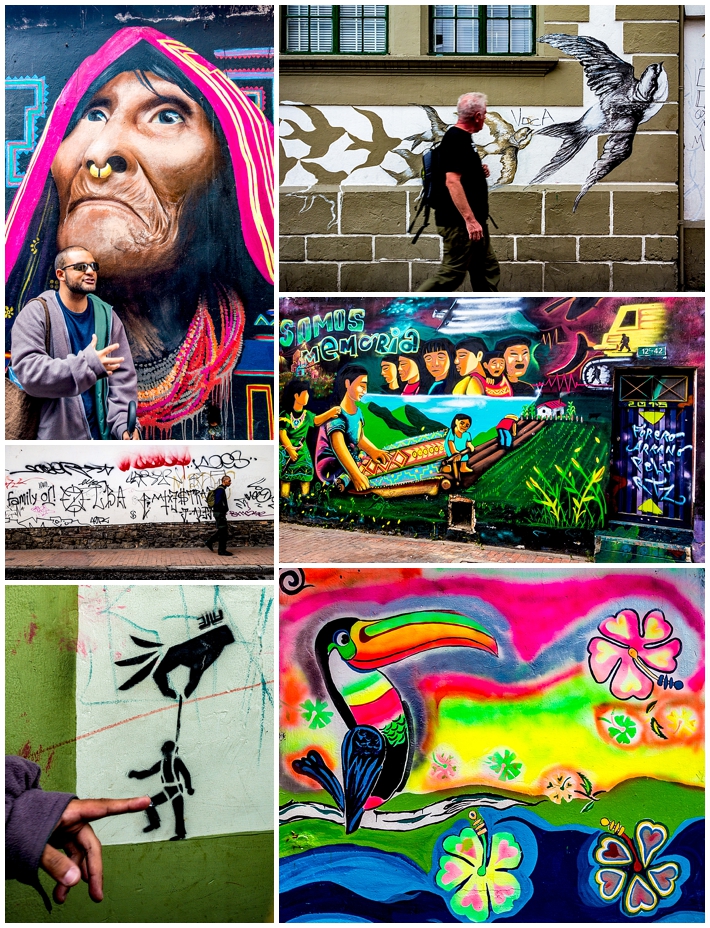 In Colombia, “graffiti is prohibited, but not illegal,” which means that you cannot go to jail or get a criminal rap sheet from painting on walls.  However, it is still officially discouraged, and if the police catch the painter, he may be forced to pay a fine.

A major turning point in the street art history of Bogotá was 2011, when a young artist was stopped by police, ran, and was shot in the back and killed. The city rose in anger over police brutality, which resulted in the city apologizing and setting aside a portion for artists.  The artists told the city where to stick it, and went on a mural graffiti rampage, with the police deciding to back off and allow it. 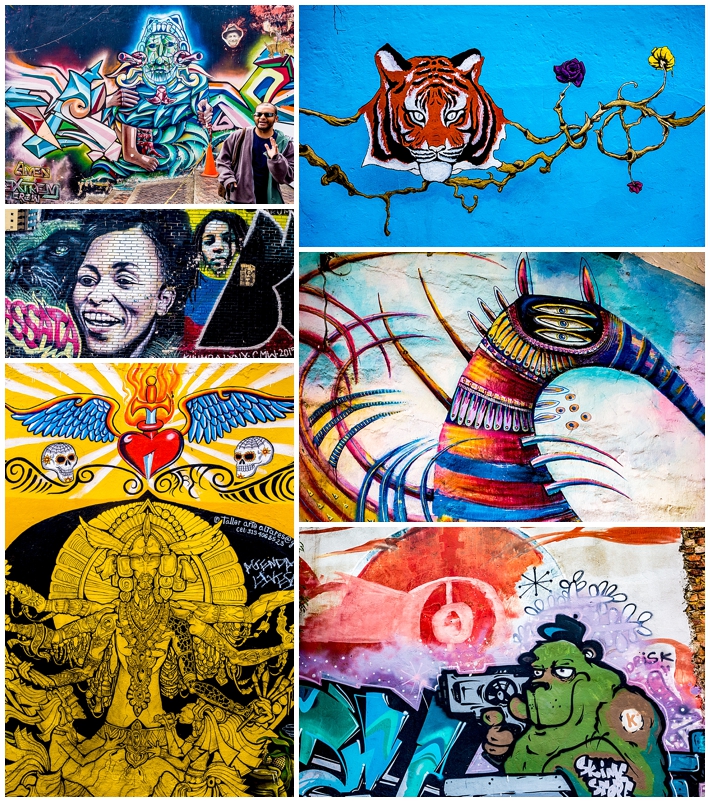 The next major turning point was 2013, when Justin Bieber (yeah, the teen idol) came to town and decided to paint a mural in support of the local artists.  Unfortunately, the local artists did not appreciate the outsider, painted over Justin’s work, and spread out even further around town.  Around that time, it was noted that where there were professional murals, there was very little gang tagging.  Even the gangs were respecting the true art.  The mayor then gave his blessing to street art, and it has now spread throughout the city, and has become a tourist draw. A few of the artists have even become recognized and been invited to give gallery presentations around the world. 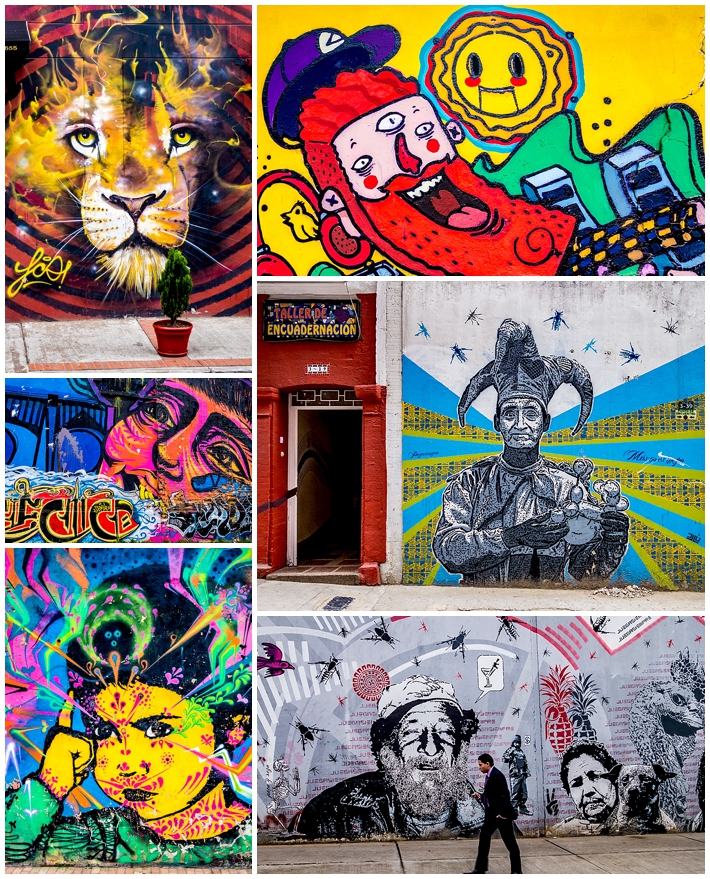