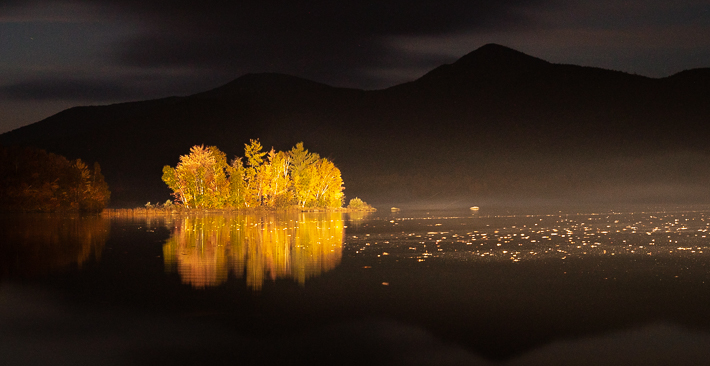 Seeing the Fall Colors in New England has been on our travel list for years. We decided to go this year, which was precipitated by my camera falling onto a granite rock during a windstorm in Namibia in July. That required it to be sent to the Sony repair facility (who fixed it under warranty!), but we cannot reliably ship such things to Ecuador.  Coming to New England let us pick up the repaired camera, and experience the Fall foliage at the same time.

Since we were coming here, but did not really know the area, we decided to join a Vermont Fall Color Photography workshop with Loren Fisher. The timing of the Fall colors is always fickle, and you can never really tell just when the leaves will hit peak color.  We were really lucky this year, and the workshop was right during Peak Color in Woodstock, Vermont, giving us ample opportunities to photograph the vivid display all week. Woodstock is considered one of the prettiest towns in the US, with pastoral and scenic photo opportunities everywhere you look.

Loren was a fantastic tour leader, able to answer pretty much all questions, and patient enough to do so. He was also very flexible, both of the vagaries of weather (we did have one nasty day during the week), and do requests from the group. For example, the image on top here is the result of the group asking him to return to this location after dark.  He quickly adjusted plans and brought us back for images like this.  (We will be traveling with Loren again to Chile next year, so this isn’t the last you will hear from us about him.) 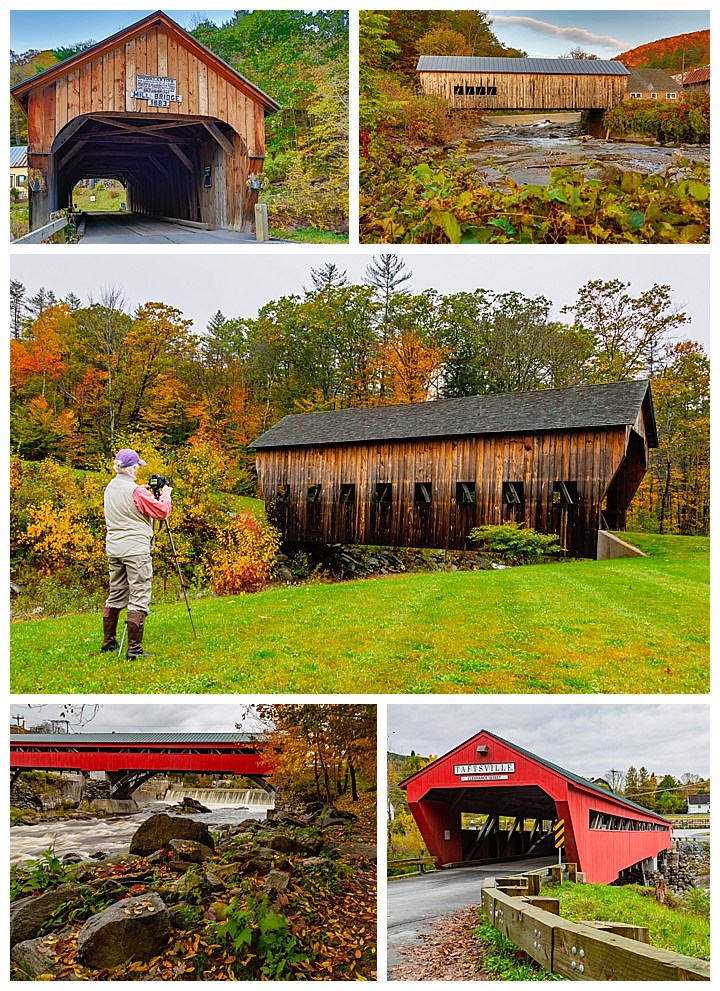 Covered bridges are one of the symbols associated with New England. Some of these bridges are hundreds of years old, with the cover intended to protect the wooden timbers from the Winter snow. Most have been renovated several times during their lives, some keeping with the original design closer than others. 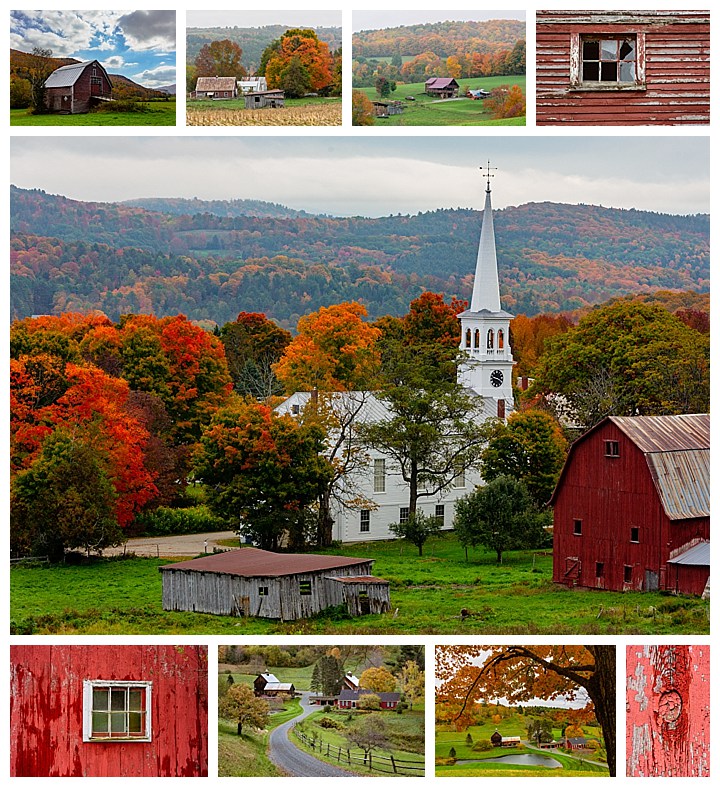 Red barns, general stores and churches are other symbols that come to mind in New England — sometimes combined, as in middle image adobe. 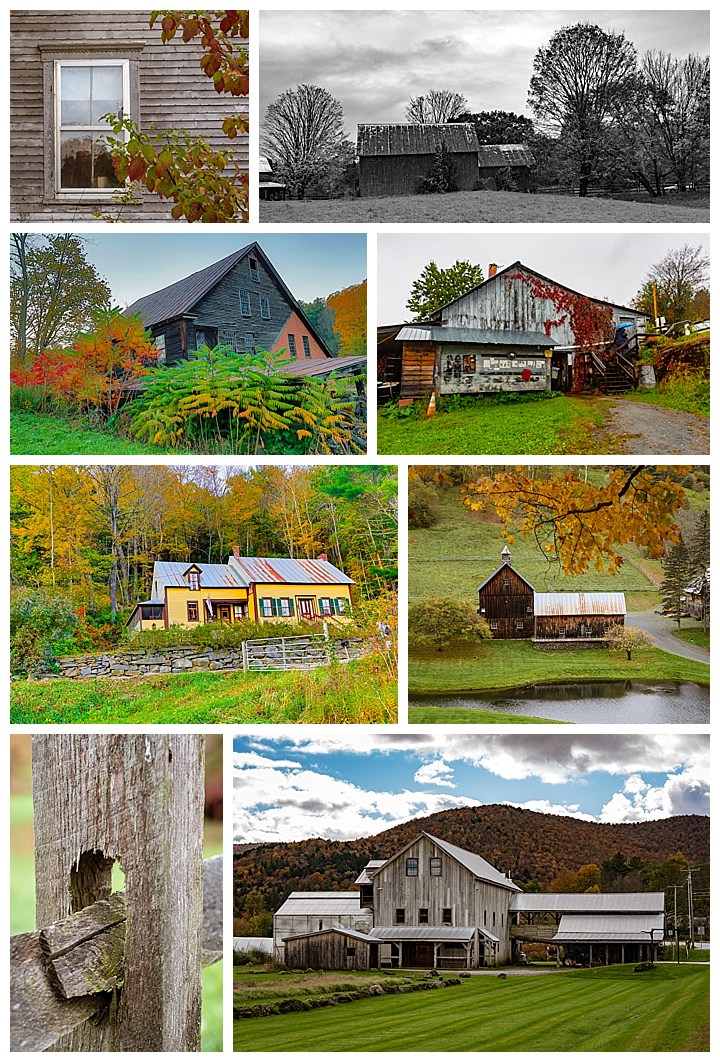 Not all farm buildings are red though.  In fact, one common sight is unpainted buildings, which are designed to gain a patina from the weathering of the raw wood over time. 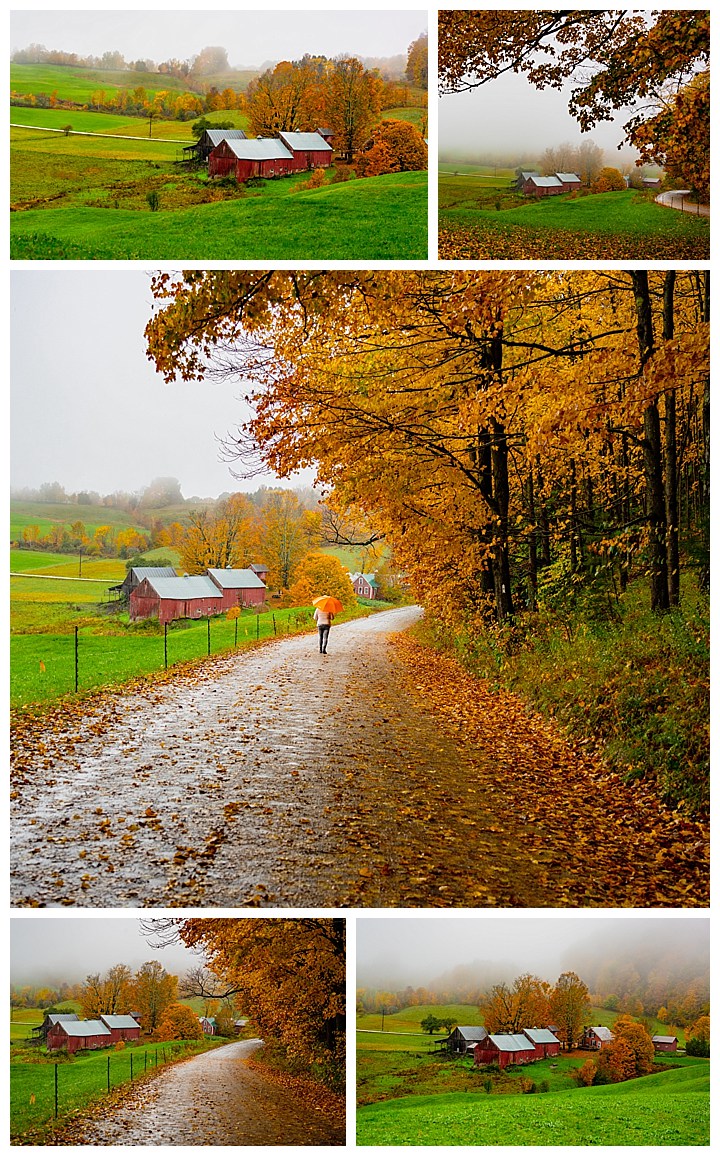 Many locations provide numerous chances for different photographs around the property.  One example is Jenne’s Farm.  All the images in the block above are from the same farm.  We were there on the one rainy and foggy day this week. Some day we will likely return there during a sunny day… or a snowy day.  Those would provide entirely different images from the same plot of land.  This is sometimes referred to as “The most photographed farm in America,” having starred in Forest Gump and Funny Farm, plus being on the cover of Time Magazine. 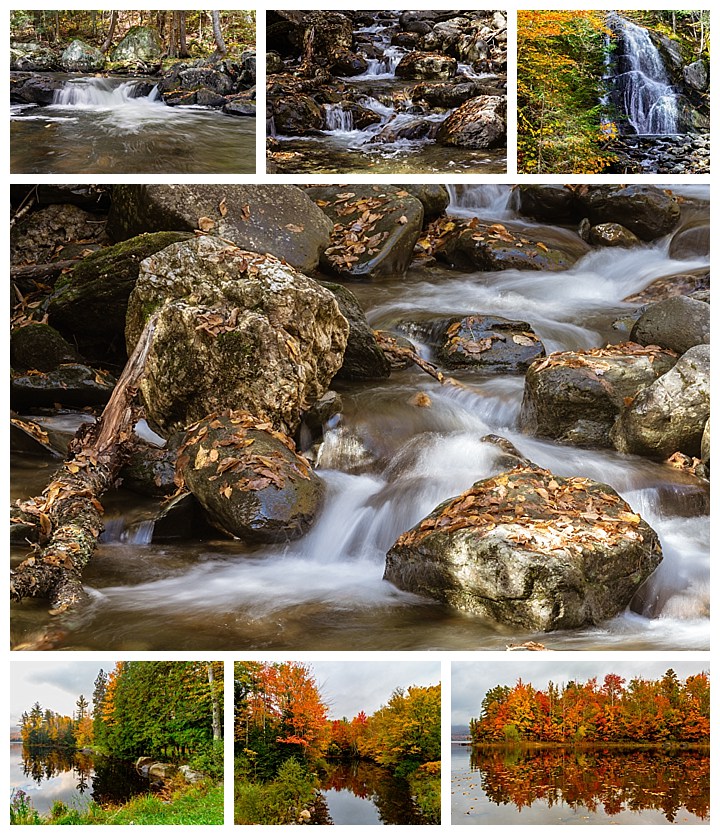 Water is everywhere in Vermont, which means lots of rivers, waterfalls,  ponds and lakes. We learned that the difference between a pond and a lake is that you can see the bottom of a pond. 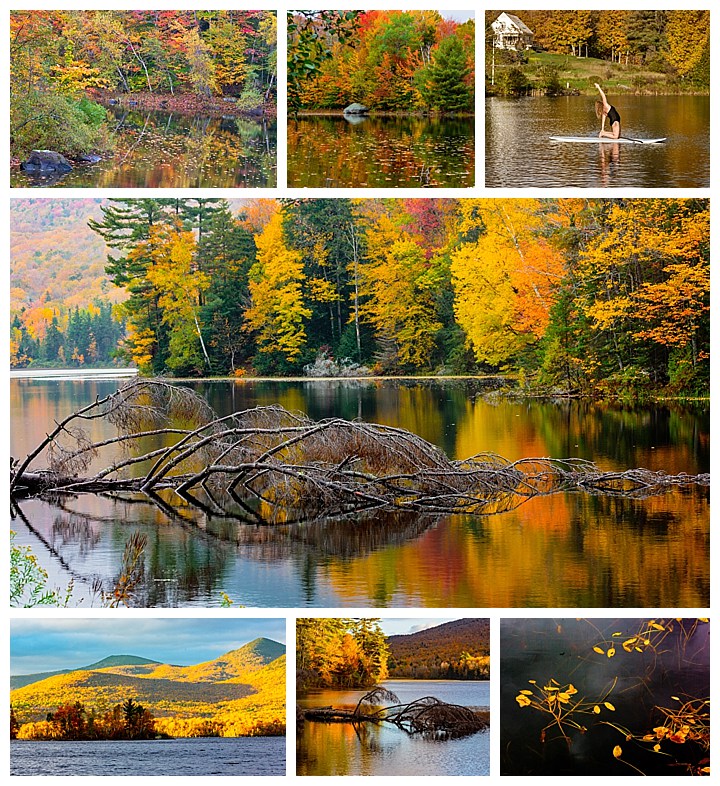 Lakes are numerous in the area, and many provide photogenic scenes with the Fall Colors surrounding them. Leffert’s Pond was one of our favorites. At one point, we met a woman who teaches yoga on a paddle board, who asked us to photograph her (upper right).

Here is an 80 second view of what it looks like to drive the roads of Vermont during Peak Colors.